What now for Russian orcas?

Following the news that two orcas were captured in the Okhotsk Sea, Russia, we now have the announcement of the 2014 quota allowing potential captors to apply for permits to catch 10 more orcas. Actually, usually the quota and the permit process happen before the actual captures, but this is Russia. 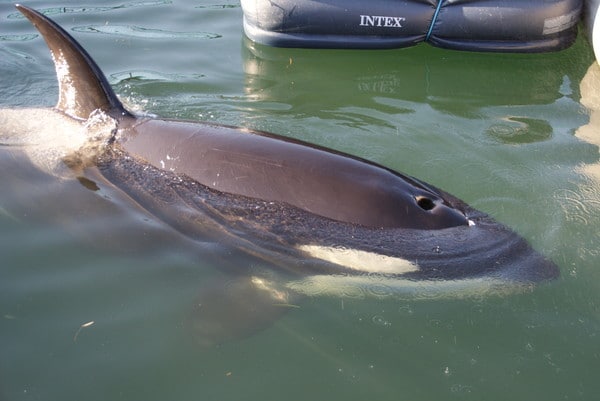 The captors of the two orcas have said that they had captured them in 2013, keeping them in a bay in the southwest Okhotsk Sea. However, anyone with rudimentary googling skills can confirm that the southern Okhotsk Sea is frozen solid in winter. That fact would have to suggest the orcas were kept literally on ice. More likely, they were captured illegally some few weeks ago before the quotas were issued.

We are currently investigating the legal recourse for the two orcas captured, while trying to digest the surprisingly high new quota. According to the Russian Federal Fisheries Agency announcement, it has now obtained so-called “expert” advice from the so-called “state ecological expertise” in order to adjust the total allowable catch (TAC) of aquatic biological resources for 2014. Order RPN 4 August 2014 features adjustments to the quotas for shrimp and sea cucumbers but buried in the TAC is the formal approval of a quota of up to 10 killer whales that can be taken by permit in the Okhotsk Sea in 2014.

In practice, potential killer whale captors have perhaps 6-8 weeks at most to apply for a permit against this quota and to mount a capture operation. We can only hope that it’s already getting too late in the season. But it may well be that the captors are already on the sea as I write this, searching for the prime young orca females and males to remove from their families and sell into a life in captivity.

For sure, we won’t stand idly by, watching as the Russian orca families are systematically pulled apart or even eliminated with an unknown number of casualties — hinted at and sometime uncovered but never officially reported.

Of course, to end the captures requires the removal of the concrete tanks that exhibit whales and dolphins around the world. The “Blackfish-effect” is thought to have contributed to declining numbers for SeaWorld in the US but it hasn’t touched Russia, China and Japan, where some 120 aquariums now exhibit cetaceans, far more than North America and Europe combined.

What next for Russian orcas? What are we going to do?

• WDC’s 15-year project to study orcas in the Russian Far East has managed to obtain key baseline data and has successfully kept the captures away from southeast Kamchatka, one of the most important killer whale areas in the world. This year the Far East Russia Orca Project (FEROP) has expanded its research into the Okhotsk Sea to start gaining a picture of killer whale status there. FEROP’s presence during the field season is important. You can follow this work on the russianorca facebook page.

• Scientists from FEROP have helped organize a three-hour roundtable to discuss the issue of cetacean captures in Russian waters. It will happen with a big Russian scientific audience just before the opening of the plenary schedule on the first day of the 8th Marine Mammals of Holarctic International Conference, 22nd September, in St. Petersburg, Russia. For more information, see: http://www.mmc2014spb.com/en/pgs/program/program.php#anchor

• There will also be two free showings of “Blackfish” during the conference and discussions around the showing. Check here for more information.

Representatives of the captivity and capture industry in Russia are reportedly planning to attend the roundtable. Who knows, they may even go to see what all the fuss is about in “Blackfish.” The discussions in the corridors promise heat and we can only hope, as well, a glimmer of light.