They say time flies when you’re having fun, and it must be true because today marks seven months since I started my internship with Whale and Dolphin Conservation, and it feels as though April were only yesterday. What started as a three month field research internship gradually expanded into four months, then five, and now I sit here the week before Thanksgiving wondering where the time went. Pausing to look back at the many activities of the summer and fall, I can tell you exactly where that time went, but in the interest of brevity I will simply present the highlight reel.

Shortly after my arrival in Plymouth, MA, WDC held their first ever Race to Save a Species as part of a campaign to save the North Atlantic right whale, and consequently I quickly learned a great deal about these whales and the threats they continue to face. I also learned that there is much more support and concern for this species among our supporters than I could have hoped for, as evidenced by the more than 75,000 people who have signed WDC’s petition to protect the North Atlantic right whale (if you have not already done so, please check out our Act Right Now campaign!)

Throughout the summer I was kept busy on the whale watching boats the majority of the time, where I learned to identify marine species that I had previously only seen in field guides and collect behavioral data on them (I also learned how to simultaneously hold on to a camera, gps unit, and data sheet, which is trickier than it sounds). During my office hours, I was taught to code collected pictures and enter sightings into our database for future use, and had the opportunity to work on a paper examining the responsible whale watching programs that WDC is involved with (check out Whale SENSE, Dolphin SMART, and the Dolphin Space Programme). 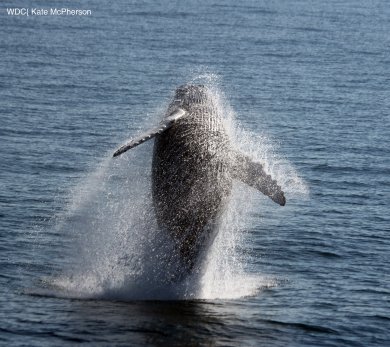 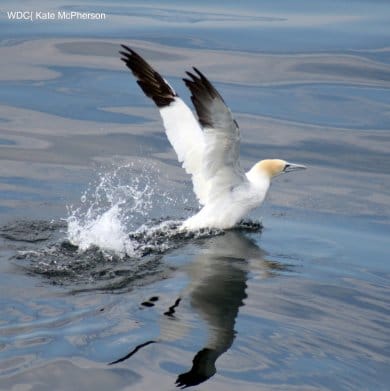 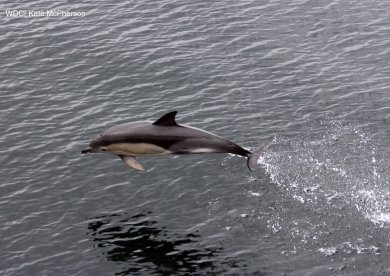 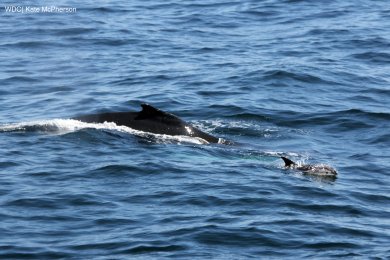 As fall rolled around and the whale watching season began winding down, I was able to take on a few projects that were more policy-oriented, including drafting comments on the proposed delisting of North Pacific humpback whales from the endangered species list, and a strategic plan put forth by the Marine Mammal Commission. The opportunity to expand the scope of my work was greatly appreciated, as I recently completed a master’s degree focusing on public policy and was eager to apply some of what I had learned to issues surrounding marine mammals. I soon learned that policy work dealing with whales is never ending, but an absolutely necessary process that ultimately determines the fate of so many of these individuals we have come to know here in the Gulf of Maine. Fortunately, there are plenty of people up to the task of advocating for these whales, and they work tirelessly to ensure that they and their ocean homes will be protected for generations to come.

On a final note, seeing as it is almost Thanksgiving, I’d like to take a minute to reflect on some of the many things I am thankful for this season. I had the opportunity to work with so many amazing people these past seven months, and they have been truly inspirational as I prepare to set out on my own journey to create a world where every whale and dolphin is safe and free. During this time I have learned so much, not only about whales, field research, and policy, but also about myself and my future goals, and for that I will always be thankful. So, goodbye for now WDC, I am sure that whale meet again!