Just after Norwegian scientists reported concerns about levels of pollutants in Norwegian farmed salmon, Aftenposten reports that Norway has successfully lobbied the EU to allow farmed salmon to be exported to the EU which have been fed on foodstuffs with a higher levels of toxins than was previously acceptable.

The Nordic Page reports that the report states that “Women, children and adolescents should avoid eating farmed salmon, according to Norwegian doctors and international experts. The reason is that salmon feed contains harmful pollutants.

Talking to VG, specialist Anne-Lise Birch Monsen and Physician and professor of medicine, Bjørn Bolann say that it is uncertain in both the amount of toxins and how they affect children, adolescents and pregnant [women]. They point out that the type of contaminants that have been detected in farmed salmon have a negative effect on brain development and is associated with autism, AD / HD and reduced IQ.” 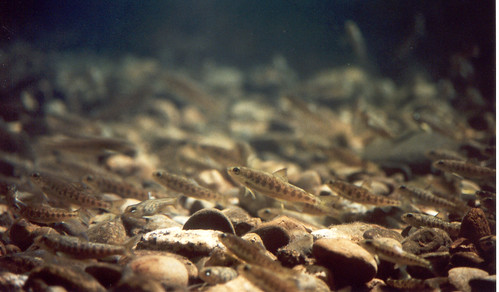 We have seen this problem before in toxin build up in whales and dolphins. What is new is that in this case is that Norwegian authorities have actively campaigned to increase toxin loads in feed for salmon that will eventually enter the European Union.

Posted in Blogs & Articles and tagged Norway, Pollution
Preferences
We use cookies to help give you the best experience on our website and information about how you can support us.
Manage options Manage services Manage vendors Read more about these purposes
View preferences
{title} {title} {title}