We thought we were pushing our luck hoping for 60 participants and everyone in our office reached out to people and organizations they knew in an effort to meet that goal. On Saturday morning, I was in disbelief when we had 126 runners lined up to start the first Race to Save a Species 5k. 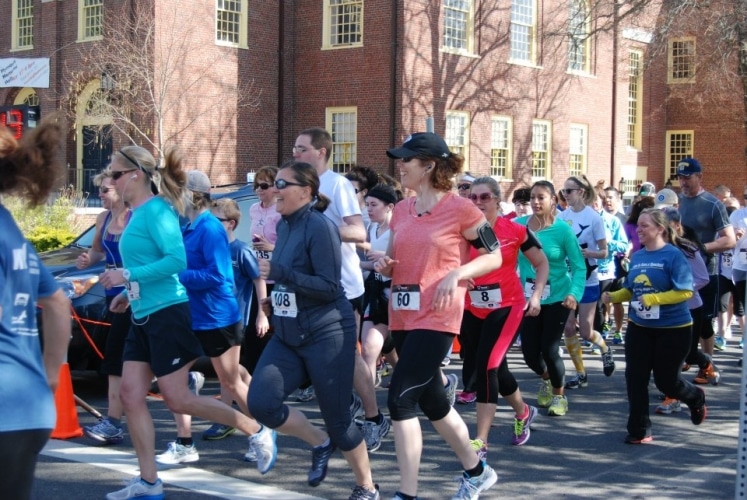 Here in Massachusetts, the right whale is the state’s designated marine mammal. This is because of its long history in these waters and, because now that there are fewer than 500 remaining, we are so very lucky to still have them in the bay during their seasonal migration. Most people will never get the chance to see a North Atlantic right whale, let alone watch them from their backyards. So it was truly heartening to stand in front of the surprisingly large crowd on Saturday and thank everyone for being there and supporting WDC in their efforts to protect this critically endangered species. 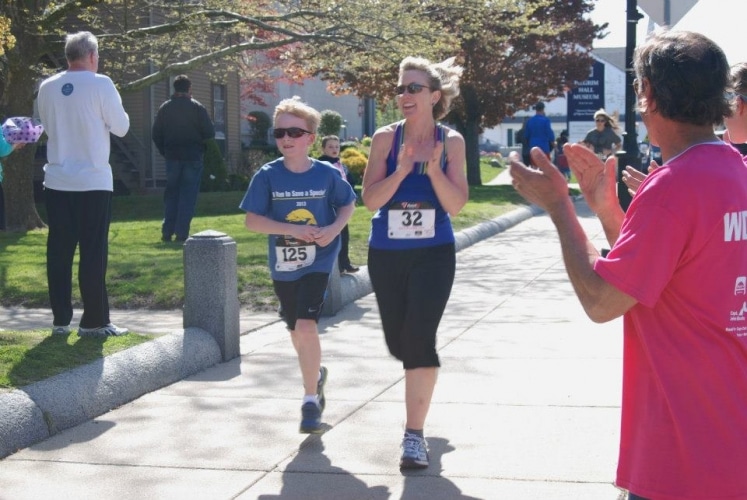 While this was our first race, our organization has had an office in Plymouth MA for 8 years. However most of our work keeps us in the office or out on the water and very few residents of Massachusetts know who we are or what we do. More importantly, there have been North Atlantic right whales travelling through Cape Cod Bay for as long as people have been here to observe them and too many people have no idea that they are here and that their species is in peril. The ACT RIGHT NOW campaign was launched last December to change that; to rally support to make sure this species can survive. The Race to Save a Species was a part of this campaign meant to bring Massachusetts citizens together in support of these efforts and to let people know that WDC is here and doing important work that everyone can be a part of.  Because of the overwhelming success of this year’s Race to Save a Species, we have already set the date for next year’s race- Saturday, May 3rd!