We urgently need your help... 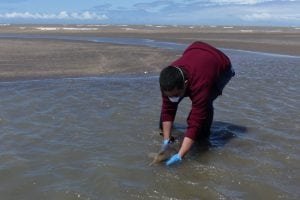 Many species of whales and dolphins are endangered.

The vaquita and Maui dolphin have just a few individuals remaining.

We need your support to stop any more whales and dolphins becoming extinct. Thank you.

The baiji or Chinese river dolphin, and beautiful Goddess of the Yangtze lived for 20 million years in the Yangtze River, China. The baiji's demise was rapid and shocking; it went from a healthy population of some 6000 animals to extinct in a few decades, nothing more than a blink of an eye.

The baiji's extinction is the first of a large mammal species for 50 years and is directly attributable to mankind.  For the sake of the world's surviving river dolphin species, it is essential that we do not forget the extinct baiji, and the man-made reasons for its extinction.  The loss of this unique and remarkable river dolphin is a shocking tragedy that could have been avoided.  It should be a wake up call, the baiji is a sentinel species, a canary in the mine - we have to redouble our efforts and energies and prevent the same fate happening to the world's surviving river dolphins.

The baiji was declared extinct in December 2006 following an intense, carefully managed and thorough dedicated survey of the entire Yangtze River, which failed to spot or hear a single baiji (2 boats surveyed the entire historical range of the baiji twice over a 6 week dedicated survey).  There have been no verified sightings since and so the only conclusion we can come to is that the baiji is gone forever - extinct - and humankind is entirely to blame.  The baiji Lipotes vexillifer represented a unique branch of evolutionary history for whales, dolphins and porpoises; it was the only living representative of the family Lipotidae and so the loss of the baiji, an evolutionary distinct dolphin, with no close relatives, means the loss of an entire family of mammals - and clearly a huge loss of biodiversity.

Before China's industrialisation in the 1950s there were an estimated 6000 baiji living in the Yangtze's thriving ecosystem. They migrated up- and downstream. By the mid 1980s surveys revealed that only an estimated few hundred baiji survived; by 1990, the baiji was critically endangered -  there were only thought to be 100 left and in 1997 only 13 individuals remained. The nosedive in baiji numbers was fast and shocking. The primary factor driving this decline was probably unsustainable bycatch in local fisheries, particularly rolling hook long-lines, together with wider-scale habitat degradation and pollution.

Early on in the industrialisation process baijis were hunted for meat, oil and leather. Human development along the river was intense and rapid.  It is believed that 10% of the world's human population lives in the Yangtze basin today, and massive scale human environmental impacts are a testimony to that. The Yangtze is intensely used, it is a busy waterway, used by thousands of large transport vessels at any one time; it is heavily contaminated with oil, plastics and sewage, dredged for building materials and constantly being further developed for hydroelectric power and bridge building.

The Three Gorges Dam was doubtless the last straw for the baiji and ensured that the natural Yangtze ecosystem has gone forever. However, it was artisanal fishing activities which were uncontrolled and unselective that are primarily to blame for the baiji's extinction. Local fishermen trying to make a living and largely not adhering to bans on destructive fishing methods. All fisheries were a threat to the baiji and caused high levels of mortality - including rolling hook (snag) fisheries, gill nets, electrocution and dynamite fishing.   So the baiji was a victim of bycatch or incidental mortality rather than direct hunting.

In the late 1970s onwards China did put laws into place banning harmful fishing practices and the establishment of a series of reserves in sections of the main Yangtze channel, but the regulations proved difficult or impossible to enforce and in situ reserves proved unable to provide adequate protection for these animals. Various workshops were held where experts developed a number of conservation recommendations and intensive species-specific recovery strategies received considerable national and international attention. An ex situ recovery programme was eventually supported that aimed to establish a breeding population of baiji under semi-natural conditions. at the Tian’e-Zhou oxbow lake in Hubei Province. The plan was to move baijis from the main river to this reserve. This essentially became a last ditch attempt to save the baiji and it just proved to be too little too late - a semi natural reserve in an ox bow lake (Tian’e-Zhou oxbow lake in Hubei Province) was declared as a safe haven for any baijis that could be found, caught and moved from the river to the reserve. One baiji was moved to the reserve in 1995, but died in the reserve a few months later during the summer flood.

The action that was truly required to give the baiji a chance to recover was needed much earlier: a total ban on fishing operations which was enforced on the river and people living there.

The extinction of the baiji marks the loss of a truly incredible, unique animal and sadder still is the loss of an entire group of mammals as the baiji was the sole representative of the river dolphin family 'Lipotidae', which separated from the other river dolphins 20 million years ago.

For the future, we can choose to learn from this terrible outcome and make sure that we save the other river dolphins from a similar fate.  We have time to save them but it requires dramatic and dedicated action. 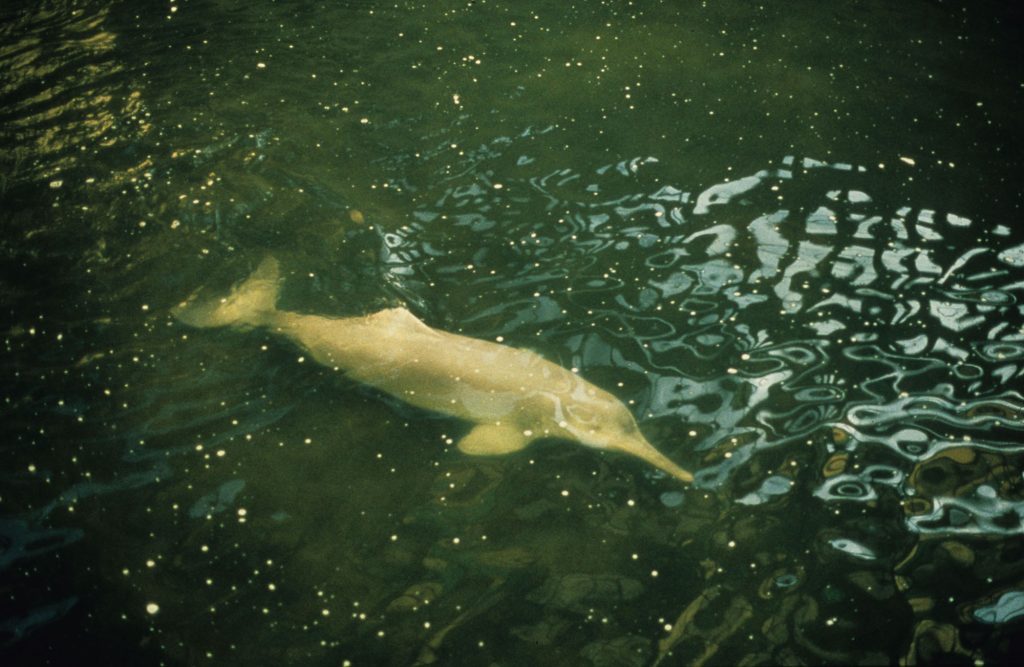 Many other species of whales and dolphins are perilously close to extinction. We urgently need your help to prevent them suffering a similar fate to the baiji.

WDC is working to save endangered species such as North Atlantic right whales and the New Zealand dolphin. Your donation will make a difference.

Human activities were the cause of the baiji's demise. Find out how these threaten many whales and dolphins across the globe and what WDC is doing to combat them.

Find out more
Posted in Blogs & Articles and tagged science