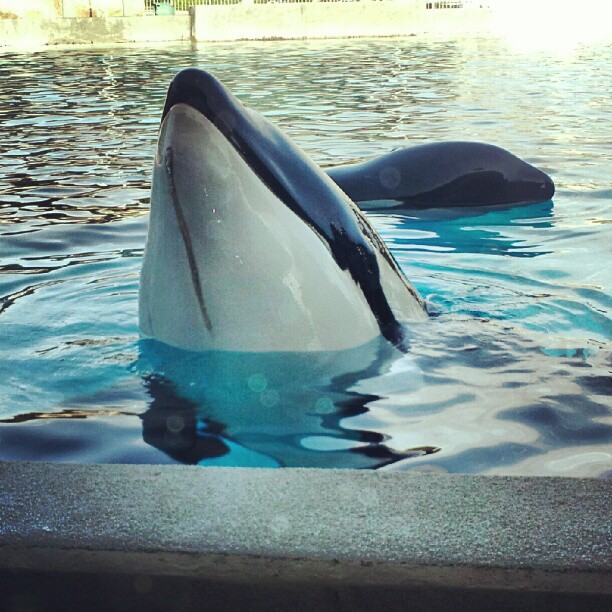 Recent photos circulating on the Internet reveal that Ikaika (Ike), the 9-year old male killer whale  transported back to SeaWorld in San Diego after a five-year stay at Marineland in Niagara Falls, Canada, has been  injured.  Reports from patrons also indicate that Ike has not been performing in shows as of late July, presumably due to his injury.   These photos reveal that Ike has suffered a very long gash under his chin, and by the looks of the injury, may be the result of impact with the metal separation bars that are being utilized at the park, presumably to address trainer safety concerns.

Similar bars have also been utilized at Loro Parque in Tenerife since July 2009 along the walls and slide-out areas separating the orca pools, and where trainer Alexis Martinez was killed by the orca Keto in December 2009. Tekoa, at Loro Parque, was seen with injuries similar to Ike’s in the Fall of 2009.   These injuries suggest that these metal barriers pose an additional hazard to the killer whales in these parks. 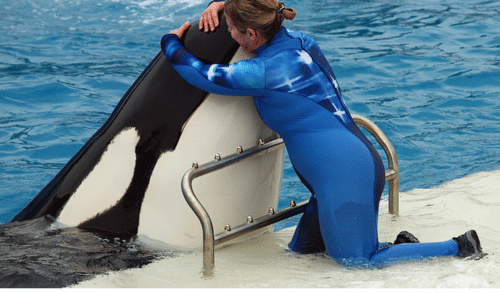 Ike was returned to SeaWorld from Marineland Canada where he had been since November 2006 and following SeaWorld’s suspension of their breeding loan agreement with Marineland because of concerns for Ike’s welfare at the Canadian park.  SeaWorld argued that Ike’s health and well-being at Marinland was at risk, citing teeth infections, aggression, and a host of other contributing factors, utilizing some of the very same arguments that WDCS has cited in making its ongoing case against keeping orcas in captivity. In what turned out to be an international custody battle, Marineland unsuccessfully sued SeaWorld for breach of contract to retain Ike, and he was transferred to SeaWorld California in San Diego in November 2011. 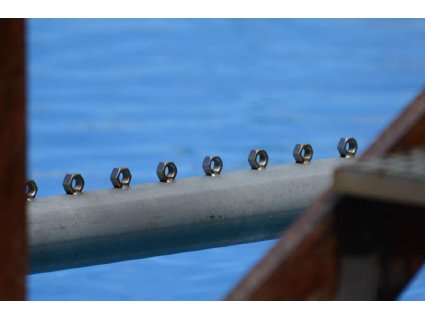 Ironically, Ike has suffered from a variety of injuries since returning to SeaWorld and attempting to reintegrate into the orca hierarchy in San Diego, including deep rake marks that were evidenced in December 2011 and just after his November transfer from Marineland. These past and current injuries reveal not only the difficulties of integrating into unstable or established orca hierarchies within an extremely stressful captive environment, but highlight the safety hazards to both orcas and humans at SeaWorld.  Even if the bars were to prove adequate in providing the physical distance between orca and trainer as required by the Occupational Health and Safety Administration (OSHA’s) abatement recommendations, they may prove untenable because of the injuries they cause to the orcas in these facilities.

It is not uncommon for orcas to be transported between SeaWorld facilities, or even abroad to international facilities, such as the four SeaWorld orcas that were shipped to Loro Parque in 2006. The constant movement and relocation between facilities is extremely stressful for orcas, and the potential for harassment and injury has also been evidenced more recently by the transfer of Morgan from Harderwijk Dolphinarium in the Netherlands to Loro Parque, also occurring in November 2011. Like Ike in San Diego, Morgan has suffered from the aggressive behavior displayed towards her by the other orcas at Loro Parque as she tries to integrate into the social hierarchy there. 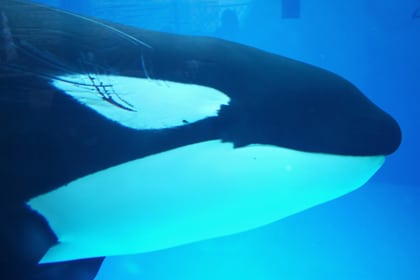 As the list of reasons against the keeping of orcas in captivity grows, and as support for the continuing confinement of orcas appears to be waning, WDCS continues its call for an end to this practice. The physical, social and mental needs of orcas cannot be met in captivity and the public display industry is a threat to populations in the wild that are targeted by live capture operations used to supply public display programs worldwide.